It began as an idea… that women can encourage and engage one another to grow their careers and be successful in their chosen path. From that idea, Women Mobilizing Women (WMW) came to fruition.

WMW was created to provide a network within the mobility industry that brings together a diverse group with varying experiences and tenure in order to provide mentoring, networking, professional development, discussion, dialogue and support targeted to women, so they will flourish in the industry throughout their careers.

On January 20, 2015, WMW held its official launch in Toronto. Over 70 industry professionals came to support WMW and listen to guest speaker Anne Martin, President of United Van Lines Canada discuss her career. There was immediate positive feedback from attendees, noting Anne’s speech inspired them, and remarked that industry professionals should all motivate and mentor one another.

WMW’s next event is taking place on May 20, 2015 in Toronto. Guest speaker will be Laura Dottori-Attanasio, Senior Executive Vice-President and Chief Risk Officer of CIBC. This is an event not to be missed.

The WMW mentorship program has also begun, and both mentors and mentees are encouraged to enroll and participate.

Mentors, mentees, men, women… we are all in this together. We are successful together. 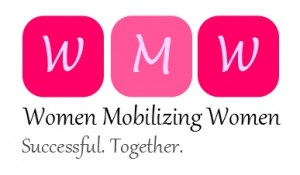