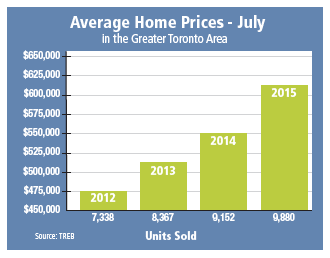 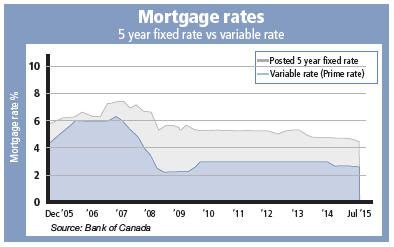 ON COURSE FOR A RECORD-BREAKING YEAR – PRICES UP 10.6 PER CENT

Real estate sales in July set another all-time record in the GTA and we are on course for a record-breaking year.
According to the Toronto Real Estate Board (TREB), this sales activity is not just because of ultra-low mortgage rates, but also because the GTA’s economy is “performing quite well” with the unemployment rate lower than this time last year. “Home buyers remain confident in the long-term benefits of owning a home,” says TREB president Mark McLean.

The average selling price for all types of properties was $609,236 in July, an increase of 10.6 per cent over last year. Across the GTA, homes for sale spent an average of 22 days on the market and sold for 100 per cent of the listed price. There are still multiple offers are for the most sought-after properties.

Fewer high-priced detached homes sold than in recent months, dropping the average detached home price in the City of Toronto to $996,770. It’s the first time it has been below the $1 million mark in some months. However, that price is still 13.3 per cent higher than last July. Detached homes in the 905 regions sold for an average price of $729,261, up 14.2 per cent from last year. 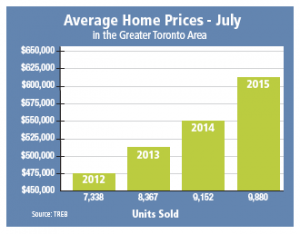 There are still not enough homes for sale to satisfy the demand. New listings were down by 2.5 per cent in July and the number of active listings was 14.7 per cent less than in 2014.

“With the level of inventory in the GTA trending below two months, many listings continued to generate a lot of interest from buyers. Not surprisingly, this supported further price increases well above the rate of inflation,” says Jason Mercer, TREB’s director of market analysis.

Mercer believes that unless there is a change in economic conditions during the next five months “strong price growth will remain the norm for the rest of 2015.”

The sharp price growth has again resulted in several gloom and doom media stories about a housing correction. But a recent TD Economics report suggests that prices will taper off in 2016 and 2017 as affordability becomes more of an issue. That will result in a “soft landing” for the market, rather than a crash.

The TD report states that when “speculative activity – or investors chasing short-term capital gains” becomes a leading influence in the market, it can lead to a correction. However, “while foreign investor purchases appear to have become an important source of demand…surveys suggest a buy-and-hold strategy has remained the popular choice.”

Condominium apartment prices are up an average of 5.8 per cent year-over-year, according to the Toronto Real Estate Board’s (TREB) Second Quarter Condo Market Report.

TREB president Mark McLean says much of the recent new condominium apartment inventory was absorbed and inventory now trends lower. “This suggests that recent condominium apartment completions, while strong from a historic perspective, simply helped satisfy a growing demand,” he says.
In the City of Toronto, which accounted for 70 per cent of condo apartment sales, the average selling price of $416,728 was up 6.1 per cent from the second quarter of 2014.

TREB senior analyst Jason Mercer says, “It is possible that we could see an acceleration in condo price growth over the second half of this year, as growth in sales remains strong relative to growth in listings.”

Two-bedroom condo apartments were the most popular units, taking 35 per cent of market share. Second were one-bedroom plus den units.

TREB also reports that rental demand for condo apartments remains strong. Rentals were up by 20.3 per cent compared to the same quarter last year. The average rent for one-bedroom apartments was up by 1.5 per cent to $1,608, while rent for two-bedroom units increased by 4.5 per cent to $2,239. 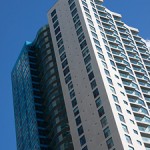 New regulations regarding offers on homes for sale recently came into effect in Ontario.

In the past, there were allegations that some sellers or their real estate agents claimed multiple offers were pending for a property, when in fact these offers didn’t exist. This strategy was meant to drive up the price of the property. The media pegged them as “phantom offers.”

Under the new rules, when you submit a written offer for a home, the seller’s agent must tell you how many competing offers have been received. If potential buyers or their real estate professional have concerns about the process, the agent may request offer details from the Real Estate Council of Ontario. The new regulations also require real estate brokerages to keep a copy of every written offer, or a complete summary document, for at least one year.

If the seller’s brokerage also represents one or more of the potential buyers (whether it’s the same real estate agent or another agent in the same office), they must give you this information in writing. If an offer will give a commission advantage to the buyer—for example, if the commission is reduced because the seller’s brokerage also represents the buyer—that information must also be disclosed to all would-be buyers.

Multiple offers have become common on homes across the GTA and have caused a lot of frustration for buyers. The new laws bring transparency and help level the playing field. 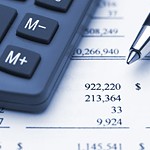 FIXED VERSUS VARIABLE RATE – IS IT TIME TO LOCK IN?

The Bank of Canada’s most recent interest rate cut leaves mortgage holders again wondering if it’s time to lock into a fixed rate mortgage or go with a variable rate.

Fixed rates, which are preferred by 72 per cent of mortgage holders according to the Canadian Association of Accredited Mortgage Professionals, provide a set mortgage rate for the mortgage’s duration (which is commonly five years). It doesn’t matter if rates rise or fall, your rate remains the same. Fixed rate mortgages provide stability and allow you to budget your payments with certainty.

Variable rate mortgages fluctuate with the prime market interest rate, so your payments could go down or up depending on the market. Since 1975, it has been cheaper to have a variable rate 85 per cent of the time. However, last year a BMO Nesbitt Burns study suggested it may be time for consumers to move toward fixed rate terms. The study essentially stated that interest rates had bottomed out and had nowhere to go but up. That hasn’t happened yet as plummeting oil prices slowed the economy and kept rates down. 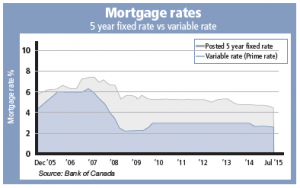 Fixed rate mortgages cost more than variable rate products. The premium you pay for the fixed rate is like insurance for your peace of mind, knowing that rates won’t increase dramatically during your mortgage’s term. Some financial institutions offer a convertibility feature for variable rate mortgages. If the rate rises to a pre-determined level, you can change to a fixed rate.

If you are thinking of getting a variable-rate mortgage, the Financial Consumer Agency of Canada suggests you ask your lender these questions:

Carbon Monoxide (CO) is known as the “Great Imitator” as symptoms of CO poisoning are very similar to the flu. It is a colorless, odorless, tasteless gas making it impossible for a homeowner to detect. CO is a by-product of incomplete combustion such as unburned fuel like gas, oil, wood, etc. Low concentrations of CO can go undetected and can contribute to ongoing, unidentified illnesses. At high concentrations, it can be deadly. 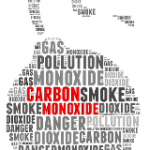 Why Is It Dangerous?
Air with CO can be very dangerous as it deprives your body of oxygen. When you take a breath of air with CO in it, the oxygen within your bloodstream is displaced with Carbon Monoxide. Depending on the amount of CO in the air, it can result in suffocation.

What Are The Symptoms?
Continued exposure or high concentrations can cause the following symptoms: confusion, cardiac problems, severe headaches, brain damage, breathing difficulties, dizziness and death.

What Can Produce CO in Our Homes?

furniturebank.org
Helping families in need by collecting donated furniture and household items for distribution to women and children, refugees etc.

childhoodcancer.ca
Provides families with information, organization and inspiration to cope with what comes next.