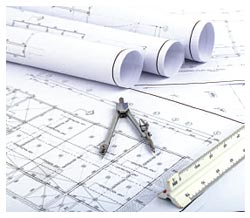 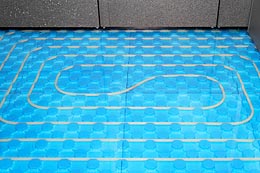 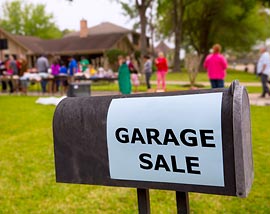 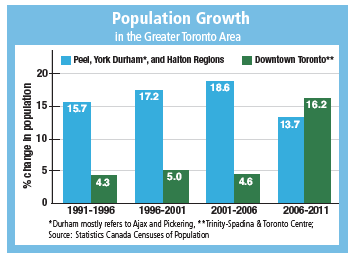 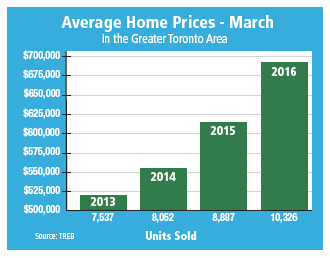 Supply and demand is a golden rule of economics. When demand exceeds the supply, pric-es go up. That’s been the story in the GTA real estate market for several years now, with the demand for homes outstripping the supply of available listings. And, despite rising prices, 2016 could be a record-setting year for sales.

The Toronto Real Estate Board (TREB) reports that this year’s first-quarter sales were 15.8 per cent higher than in 2015. “We could have experienced even stronger sales growth were it not for the constrained supply of listings, especially in the low-rise segments,” says Jason Mercer, TREB’s director of market analysis. “The resulting strong competition between buyers has underpinned the double-digit rates of price growth experienced so far this year.”

Despite the strong demand, new listings are down and the number of active listings has dropped by more than 20 per cent from last year. There are far fewer single-family homes being built in the GTA than in recent years due to a lack of land and restrictions designed to curb urban sprawl. In a recent report, Ben Myers of Fortress Developments says, “The spillover from not building enough ground-oriented family friendly new housing units is a shortage of available properties in the resale market.”

Myers adds, “In Toronto the additional land transfer tax has further reduced listings and thus contributed to the rapid price appreciation. Other factors influencing listings/supply and pricing include the fact that people are working longer (by hours and to older ages) and less likely to move out of the GTA than previous generations.” He notes that there are more higher-paying jobs for women than in the past, resulting in “more income to purchase homes and the greater likelihood that at least one person in the household is working in Toronto, and the ability or desire to move farther afield is reduced.”

In other cases, people choose to renovate their homes rather than sell and move elsewhere. Homeowners opt to increase their home’s value while at the same time enjoying the benefits of more space or other upgrades.

If you are thinking of making a move, there really has never been a better time to put your home on the market.

THE CONDO BOOM – HOW TORONTO’S DOWNTOWN HAS CHANGED

Toronto’s downtown has undergone an astonishing transformation in the last decade. The proliferation of new condo and commercial buildings in the downtown core has revitalized Toronto and made it a more vibrant, exciting city with a huge increase in population, especially with younger people.

According to the last census in 2011, growth in the downtown area more than tripled from 2006 to 2011 and outpaced increases in the surrounding suburbs for the first time in 40 years.

The census reported that the largest age group in Canada is now the “echo boom” generation – those born between 1972 and 1992. In downtown Toronto, this group made up 70 per cent of the total population growth since 2006. The median age for downtown inhabitants is now in the mid-30s.

The reasons why downtown living has become so attractive to millennials and the older children of baby boomers have been well documented. Condos offer affordable entry into the housing market, while at the same time providing a great lifestyle. Condos offer low maintenance and more security, as well as amenities ranging from fitness facilities to social activities. They are built close to public transit, which in many cases eliminates the need to own a car.

Savvy condo developers have built mixed-used buildings that include retail services such as grocery stores and personal services. More facilities geared to young families are also beginning to crop up.

The condo boom also ignited new development in the commercial sector, as employers eager to tap into this young, highly educated work force began locating their offices downtown. The share of people who live downtown and have a post-secondary education is almost 20 per cent higher than in the rest of the province.

Condos also provide much-needed rental units in the city, where the rental vacancy rate remains low. They are also an attractive opportunity for real estate investors.

Population projections show that the number of people wanting to buy or rent a condo will continue to increase. As commuting from the suburbs gets tougher, living downtown will continue to draw these young professionals.

Canadians spend $68 billion a year on residential renovations. The industry is huge. It’s about $20 billion larger than the new home building sector and it outperforms the overall economy, according to Altus Group.

Most people who buy a home decide to personalize it, whether it’s just adding a new coat of paint or tearing down walls to reconfigure the living space. How they pay for the renovations depends on the scale of the work, how much equity they have in the home and how much they can afford to spend.

If you buy a home with plans to renovate right away, you might want to finance the renovations as part of your new mortgage, particularly with today’s low interest rates. If you already own the home and have an existing mortgage, you can re-finance it up to 80 per cent of the home’s appraised value, less any outstanding mortgage balance. You will have to pay for appraisal and legal fees.

Altus Group’s research shows that renovation loans account for about one in five dollars borrowed with home equity lines of credit in Canada. A line of credit lets you access the funds you need at any time and you get a monthly statement to help you keep track of your project. Again, you are usually limited to borrowing 80 per cent of your home’s value.

For small jobs, you could opt to pay with your credit card but only if you can pay the balance immediately and incur no interest charges.

GARAGE SALES – WHAT NOT TO SELL

Garage sale season has arrived, giving homeowners a chance to clear out clutter by getting rid of things they no longer need. However, although some items may look like new they may no longer be safe to use due to new regulations or product recalls.

Health Canada warns that “any person who sells, distributes or gives away consumer products that do not comply with the current regulatory requirements is breaking the law in Canada.” You’ll want to make sure that the person who buys items at your sale is not injured by them.

Some products have been banned in Canada and should be destroyed and discarded. They include:

There are several other products that have strict new regulations and it’s no longer legal to sell older versions of these products. For example, baby gates that have diamond-shaped or V-shaped openings at the top larger than 33 mm (1.5 inches) are illegal because a child’s head could get caught. Car seats, which all have an expiry date on them, must also meet current regulatory requirements. Cribs manufactured before 1986 don’t meet current standards. In addition, Health Canada recommends discarding any crib that’s older than 10 years.

There are other items that you shouldn’t include in your garage sale. Don’t sell used, old or damaged cosmetics which could cause skin rashes and infections. Not surprisingly, used hockey helmets are not recommended for re-sale. Some people may not know that you shouldn’t sell toys with magnets.

Check for the latest product recalls and alerts at Health Canada’s website: www.healthycanadians.gc.ca

In-floor or radiant heating systems have gained popularity in recent years. There are two different systems: hot water and electric radiant. We will briefly look at their functions, benefits and disadvantages.

Function
In both systems, the floor is heated which in turn radiates heat into the room. The temperature in both systems is typically lower than conventional radiator or convector systems so that the floor-ing is not too hot. Many radiant floor systems make the floor more comfortable but are not de-signed to be the only heat source in the room.

In hot water systems, plastic piping is common and is typically buried about 3 inches below the surface of concrete flooring and is typically 4 to 12 inches apart. Piping may also be set between the sub-floor and flooring, often held in place with a special grid. In some cases, a foil reflector helps direct heat up into the room. Radiant piping can also be placed below the sub-floor, running between the floor joists. Many hot water systems have several discrete loops that heat different parts of the home, fed from a single manifold at the boiler. This approach is sometimes called a home run.

In electric radiant systems wires are embedded in the floor where some systems employ pre-wired panels or mats.

Benefits
When using radiant floor heating, the floor will be warm but not hot to the touch. Many home-owners find this type of heat more comfortable than forced air or radiator systems, and it allows them to walk barefoot on colder floor surfaces, such as ceramic tile or natural stone. It is also common to isolate in-floor heating into zones that can be individually controlled, which saves on heating expenses.

Disadvantages
In hot water systems, leakage can be a significant problem. When a leak occurs, it is usually easy to locate due to the obvious water damage, unless the leak is below the basement or slab-on-grade floor. These systems are susceptible to building settlement, and especially with steel or copper, the pipes can be broken as the house moves.

In electric heating systems if the distribution wire malfunctions it is often difficult to locate the problem. In both systems, the heating source may be buried too deep, resulting in slow response to the thermostat and some heat loss. There may be unwanted fluctuations in temperature. Hot spots and cold spots occur if pipes or elements are too far apart.

These systems are also relatively expensive to install, so homeowners should consider all of the benefits and disadvantages before installing an in-floor heating system.

torontozoo.com/educationandcamps
Serengeti Bush Camp – experience the wildlife of the African Savanna and a chance to sleep under the stars in authentic African tents. (May – Aug).