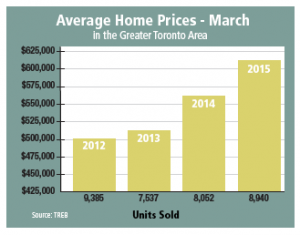 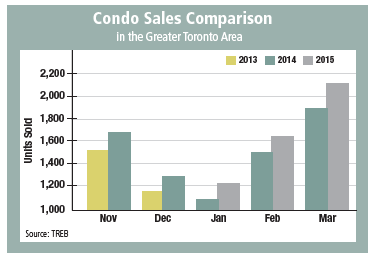 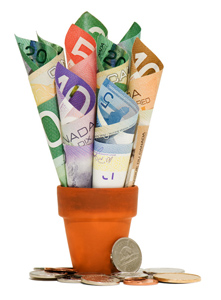 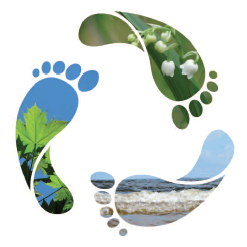 The frigid weather earlier this year didn’t slow down the real estate market. Anyone who decided to wait for the spring weather missed out on a lot of homes for sale.

This year’s market started strong and then got another boost when the Bank of Canada lowered its overnight interest rate in January. People who thought the market had no pent-up demand were proven wrong as sales took off again.

The trend continued in March, as sales jumped by 11 per cent in the GTA compared to last year. New listings were up too but by only 5.5 per cent. Toronto Real Estate Board (TREB) president Paul Etherington believes there would have been even more sales if it weren’t for a lack of good listings.

“The fact that sales growth has continued to outpace listings growth suggests that there is pent-up demand in the marketplace, especially for singles, semis and townhouses,” says Jason Mercer, TREB’s director of market analysis. “This is why we have experienced a sustained period of strong price growth for low-rise types.”

TREB data shows that a greater share of high-end detached homes sold in March than sold at the same time last year, resulting in a bump in average prices. In the City of Toronto, the average detached home now sells for more than $1 million. In the 905 regions, detached houses sell for an average price of just over $700,000.

For all housing types, the average selling price for the month of March was $613,933, an increase of 10 per cent compared to a year ago.

While low mortgage rates continue to drive the market, other factors keep Toronto’s real estate market hopping. Immigration to the city is steady, including people returning from out west after the drop in oil prices eliminated job prospects there.

Manufacturing and exporting industries are benefiting from lower energy costs and the depreciated Canadian dollar, which is already leading to more job creation. The Ford plant in Oakville, for example, has added 1,400 positions in the last six months.

Naysayers suggest that high household debt is a major concern in this country, which could lead to problems in the housing market. Recently Sal Guatieri, senior economist for BMO Capital Markets, said that while there are reasons for concern “the debt isn’t as onerous as some believe.”

Guatieri continues, “Tougher mortgage rules, combined with warnings from the Bank of Canada, Ottawa and the IMF, have kept borrowing on a tighter leash. Barring a further decline in interest rates, credit is unlikely to accelerate…” Guatieri believes most Canadians don’t have a debt problem “and will have little trouble managing their finances when interest rates finally normalize.”

WASTE REDUCTION TIPS – THINK TWICE BEFORE YOU THROW IT OUT

Canada ranks dead last out of 17 countries and gets a “D” grade on municipal waste generation, according to a 2013 report by the Conference Board of Canada. Waste generated in Canada has been rising steadily since 1990 and we generate more waste per capita than the United States, the United Kingdom, France, Italy and Germany.

This spring, Toronto City Council approved a 2.25 per cent annual increase for all solid waste user fees and increased the cost of using the largest garbage bin to $340.60 per year. There are four bin sizes available and the smaller your bin, the less you pay.

There are many ways to reduce the amount of garbage your family generates. You could avoid buying items that come with a lot of extra packaging. Use reusable containers and take your own bags when you go shopping. Plan your weekly meals before you go to the grocery store, so as to minimize your food waste.

Reuse items instead of throwing them away. If you don’t have a use for them, consider having a garage sale or donating good-quality used items to a non-profit group.

Be a good composter and recycler to keep garbage out of landfills. Make sure your food and organic waste goes into the green bin. If you haven’t recently reviewed everything that can go into the blue bin, you may be surprised at what is now accepted. If you have something you don’t know what to do with, visit The Waste Wizard at www.toronto.ca/recycle. 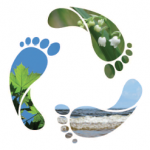 How much real estate in Toronto is currently owned by foreign investors? A recent report by Canada Mortgage and Housing Corp. discovered that about 2.4 per cent of Toronto’s condo apartments may be foreign-owned. No figures are available to tell us how many single-family homes are owned by people from outside the country, but a combination of the dropping value of the loonie, the recent interest rate cut and the improving American economy could result in more foreign investment in our real estate.

Brian Johnston, CEO of Mattamy Homes, told Postmedia News that foreign investors think “the Canadian market has gone on sale.” On the other hand, for Canadians who want to buy property in the US, “The reverse is true…the price of US real estate just went up by 10 per cent.” Snowbirds who were thinking about buying in the US may now set their sights on a Canadian alternative.

For Chinese investors, our real estate has become even more attractive as the Canadian dollar has depreciated by 20 per cent versus the renminbi, which is China’s official currency.

Dropping oil prices have put the Canadian economy in a tailspin, hurting Alberta in particular. However, Ontario has benefited as low oil prices and a lower loonie helps exporters and manufacturers. While foreign real estate investors may have some concerns about how Canada’s economy will weather the oil price storm, it’s still expected that the “bargain” real estate prices will lure more buyers. 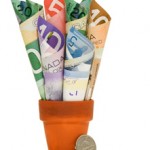 Condo buyers are jumping into the market in a big way in 2015. According to the Toronto Real Estate Board, March sales for condo apartments were up 12.9 per cent in the city and 19.4 per cent in the 905 regions.

Most of us thought that mortgage interest rates could not get any lower, but the Bank of Canada’s move to cut rates in January has now filtered down to create a mortgage rate war among banks and other lenders. The low rates are creating a flurry of condo sales.

There has been a lot of noise in the media about the amount of new condo construction in the GTA and its potential impact on the market when the units are all completed. Ben Myers of Fortress Real Developments reports that in January 2015 a record number of units – 9,457 – were absorbed, more than the previous eight months combined. With all of those units completed, some people predicted the resale market would either be flooded with listings or that it would plummet because everyone would be buying a new unit instead of a resale suite.

In fact, the resale market has not seen a spike in listings, nor has there been a drop in sales. It’s quite the opposite. 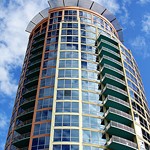 There were also a record number of completions in 2014 and Myers says this was “a great test case for the theory that the “glut” of completed units would result in increased listings and depressed resale/rental condominium/price movement.

According to research firm Urbanation, “there were fewer resale condominium apartment listings in 2014 in comparison to 2013, resale prices increased about four per cent annually and condo rental rates increased about one per cent year-over-year.”

Urbanation’s research also found that less than 3 per cent of units completed and registered in 2014 ended up in the resale market, whereas 24 per cent were rented out on the MLS System.

The numbers indicate that there are few “flippers” in the market, those people who buy new or pre-construction condos and then immediately putting them on the resale market to cash in their equity. Most people who buy condos are end-users who plan to enjoy the condo lifestyle or investors putting their units on the rental market with no plans to sell immediately.

Clearly there is still plenty of demand from both buyers and renters for condo apartments in the GTA.

IN SEARCH OF THE PERFECT HOUSE – WHAT TO EXPECT

Normal Maintenance
lf you strip away the cosmetics, a house is made up of the structure, roof, exterior envelope and the “systems” of the house. The “systems” are things like heating, plumbing, electrical and cooling.

All Components and Systems Eventually Wear Out
Fortunately, they don’t all wear out at the same time. Different components have different life cycles. Houses tend to settle into what you might call a “normal maintenance pattern”.

How Long Does it Last?
Here is a short list of typical life cycles of the most common components of the home. Keep in mind that there will be exceptions in every category.

brightnest.com
Provides tons of helpful articles and guides for your home – everything from caulking the bathroom to creating a pallet garden.

yogavision.com
Information on yoga therapy and natural medicine; yoga in the workplace; yogability for special groups.