MAC Furnished Residences (MAC Suites) says “hello” to Western Canada, with the introduction of suites in both Alberta and BC. Utilizing strong associate partners in both Provinces, that have the same personal service standards and quality control, MAC Suites can now look after your Western Canada executive housing needs. 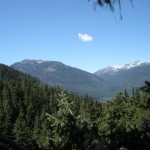 British Columbia
Suites are available throughout the Lower Mainland of BC, including Vancouver, Richmond, Coquitlam, Surrey, and many more. All locations feature a number of executive one, two, and three bedroom beautifully appointed suites – perfect for long term stays, and conveniently located close to city centres, office buildings, restaurants, public transit, and entertainment.

Vancouver is consistently named as one of the top five worldwide cities for livability and quality of life, and has been ranked among the world’s most liveable cities for over a decade.

Alberta
All Alberta locations feature a number of well appointed executive one & two bedroom suites. Suites are available in both Calgary and Edmonton, and are all conveniently located close to office buildings, restaurants, public transit, and entertainment.

A great life balance for your corporate housing needs.